Anveshane - Discovering the Truth within

Anveshane is the open canvas for the interns to pen their experiences, thoughts, reflections, questions, challenges, ideas and memories.

Generally, an internship consists of an exchange of services for experience between the student and an organization. Students can also use an internship to determine if they have an interest in a particular career, create a network of contacts, or gain school credit. Some interns find permanent, paid employment with the organizations with which they interned. This can be a significant benefit to the employer as experienced interns often need little or no training when they begin regular employment. However, employment at the completion of an internship is not guaranteed.

These Internships are open to high school students, college or university students and post-graduate adults from both India and abroad. The areas of internship include Medicine, science, law, management, business, media and mass communications, technology and advertising. These are unpaid voluntary positions lasting 4 weeks to one year.


The different types of internships include Work experience positions, including shadowing, research internships as well as virtual internships.

All the internship programs are co-conceived methodically by the participants under guidance of their mentor Dr. Dayaprasad G Kulkarni - a medical doctor, public health specialist, entrepreneur, artist and development consultant.

To know more or to apply, write to: volunteer@aarogyaseva.org

Posted by Dexterous Doctor at 8:48 PM No comments:

Last week I traveled to Bhopal, the tier-two capital city of Madhya Pradesh, a state in central India. I was there to participate in a health camp called Medical Yatra, which is an annual event to bring healthcare services to rural villages across the country. Each year, the Medical Yatra team convenes in a new city and spends ten days traveling out to neighboring villages. It’s a joint effort by an association of India physicians of Northern Ohio, local hospitals, the non-profit foundation Aarogya Seva, and the Rotary International club (http://www.aarogyaseva.org/medical-yatra-2017/).

I heard about the camp because a company I interviewed for the project, MyCliniCare, was going to attend for a few days to bring their technology along with the medical supplies. MyCliniCare provides a telemedicine solution in the form of a suitcase for on-the-go healthcare. The suitcase, which can be brought to any rural area, has many small medical devices and monitors along with a laptop that synthesizes the collected data and connects to a trained doctor over a video call.

One new addition to MyCliniCare’s set is the iBreastExam device, a handheld sensor for breast tumor screening. Using piezoelectric sensors, the device checks for lumps in a patient’s breasts and delivers a result in 5-10 minutes; if it finds anything, a mammogram follow-up is required. In each village that we visited, the MyCliniCare team set up a private place for their technician to screen women with iBreastExam.

Though I initially intended to tag along with the MyCliniCare team and simply observe, I ended up becoming a full volunteer for a few days since the health camp needed the help. For the first two days, I teamed up with a doctor to run the blood-test station. The doctor spoke to the patients in Hindi and pricked their fingers to get blood, and I took the samples and ran the tests with the devices we had brought. We had a small hemoglobin device to test for anemia and a small glucometer to test for high blood sugar.

After months of interviewing people about attitudes towards health and medical technology in rural India, it was invaluable to see those very attitudes in front of me. It felt like all of a sudden I had gone from using secondary sources for my information to primary sources. Most of the villagers were comfortable getting their blood drawn and tested, as it was a simple and quick procedure that was explained to them in Hindi. However, they rarely reacted to the results due to a general lack of awareness of how much blood sugar was too much and what that meant, as well as what the purpose of hemoglobin testing was.
A few of the villagers, especially the children, were scared to get their fingers pricked and found it quite painful (making very familiar cringing faces!). One woman in the village of Tumda sat down for a blood test, had her finger swabbed with alcohol, took one look at the little lancet that was about to pierce her fingertip, and started cursing in Hindi and nearly ran out the door. I was stunned that she hadn’t realized what a blood test entailed. Her reaction reminded me of a few interviews I’ve had here in which people have told me that many Indian patients, especially in rural areas, are resistant to invasive procedure from finger-pricking to surgery.

As part of the camp, I traveled to the villages of Seoni, Tumda, and Berasia. I was happy that my fellow volunteers were mostly Indian; I wonder if the villagers were a bit put off by my presence (being an obvious foreigner), and it was challenging not knowing Hindi. So it was good to stay useful, and it was fascinating for me to be around so many doctors volunteering their services. Of course, the question of sustainability is always important: how do these one-off health camps help the villagers if we can’t come back to the village? The doctors I asked told me that some care is always better than no care, and the big problem is awareness – many villagers are not aware of their medical issues or how to address them. At least with a visit from specialists via this type of health camp, patients can get the right information and seek the appropriate care at a more accessible (and permanent) health center or hospital. The Medical Yatra team keeps track of all the patients that need to be referred to specific hospital departments, and they send those lists to the nearby hospitals, who then send vans to the villages to pick up the patients for free treatment at their facilities. Also, most patients do have a mobile number, so we can at least call to follow up.

I’m very grateful to MyCliniCare and the Aarogya Seva foundation for letting me join their effort for a few days. It was inspiring to meet so many hard-working doctors and actually operate the type of medical devices I’ve been thinking about throughout my project.
Posted by Dexterous Doctor at 9:12 AM No comments: 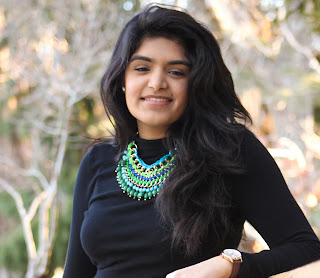 Iyesha just completed her first year the University of California, Davis, where she is working towards a B.S. in Computer Science. During her first year at Davis, she took various programming classes in which she built many games and applications. Iyesha is also very involved in the Health Sciences and was a California State Officer for HOSA (a national health care organization). Iyesha is looking forward to working with Aarogya Seva, where she can combine her passions to make an impact on the quality of life of people around the world.
Posted by Dexterous Doctor at 8:34 AM No comments: 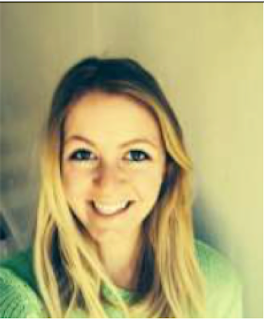 I recently graduated with a BSE in Biomedical Engineering from Tulane University, New Orleans and I am now in Rwanda for two months working as a Coordinator for Engineering World Health, an NGO from the US which empowers engineering students to repair medical equipment in developing countries, including Rwanda. I have experience teaching people to use 3D printers, and I am helping FAWE Gisozi Girls' Secondary School install and learn to use a Replicator printer while I am here in Rwanda.
Posted by Dexterous Doctor at 8:25 AM No comments: 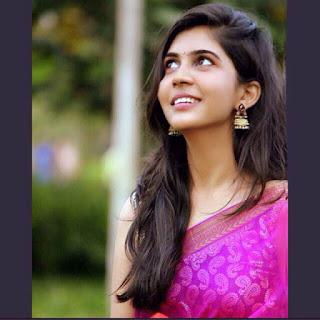 "My name is Aditi. I have completed my engineering in Biotechnology and I'm all set to begin my Master's in Public Health at the University of Massachusetts- Amherst this Fall. That young minds are impressionable, is well-established and in my case the impressions of my childhood are a large part of the reason I put pen to paper today. In retrospect, growing up around my father's brother –a para medical officer at the Indian Council of Medical Research – has had a significant influence on my outlook to life. My uncle dedicated himself to the eradication of leprosy.  As part of his job, he would visit countless villages leading a crusade against leprosy and the stigmatization suffered by those who suffer from it, infallibly returning home with fruits to eat and endless stories that invariably involved changing people’s lives for the better. At that age, I could only grasp a fraction of what he did, and only got a sense of the number of lives he had touched at his funeral procession, where a huge number of his patients and colleagues turned up – mourning like they had lost one of their own. Through my uncle's example, I learnt that leaders have a bias for action. They invest themselves fully into their people and purpose, knowing that in the long run, all the time and energy will be worth it. This is exactly what I am looking to take back from my internship at Aarogya Seva.  Added to this, I will have the chance to interact with a group of extremely dedicated people from all backgrounds, majors and experiences. I’m sure the experience will be meaningful and humbling. "
Posted by Dexterous Doctor at 8:14 AM No comments: 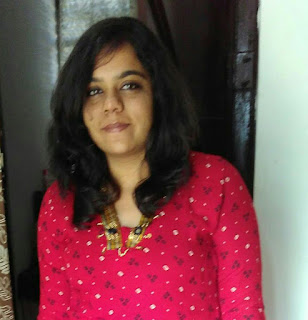 I am an Engineering graduate from SASTRA University focused on Biotechnology. I will be beginning my Master of Public Health course in the University of Minnesota, Twin cities in a couple of months. The ultimate goal for me to make healthcare accessible for every person and I strive to work towards it. I believe that this internship in Aarogya Seva would be an important step in achieving my goal. I will be a part of the 3-D printed prosthetic limbs project. I am hoping to work with everyone involved in this project and contribute significantly to it. During my work as a Research Assistant in Indian Institute of Public Health, I had witnessed the healthcare inequity in India during my field visits and I would like to work for this situation to change. In my free time, I love reading, and historical fiction and non-fiction is my favorite genre currently.
Posted by Dexterous Doctor at 7:37 AM No comments: 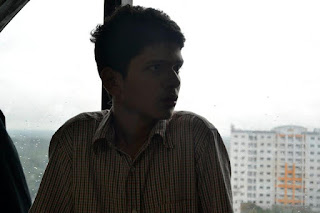 I graduated from SRM University in Chennai, India in 2015. I have been working with an NGO that educates underprivileged kids. Working there has taught me a lot about life and how certain things I take for granted can be huge life altering thing for another person. It has truly changed my perspective on life. I want to put my education to use and do more for the world around me, that is the inspiration behind everything I do, including taking up a project with AarogyaSeva.

Seva to me means, "A commitment to my community to change it for the better in anyway I can"
Posted by Dexterous Doctor at 7:18 AM No comments: 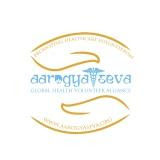